Skip to content
<
The name of the red rosewood is â€œDalbergia japonica.â€ The new section has the unique acid aroma of Suanzhimu, so it is called an acid branch. It is a kind of mahogany wood that is recognized as the best rosewood in the north and is called â€œold mahoganyâ€ in the north. The legumes, which are mainly produced in traditional mahogany origins in Laos, Myanmar, Vietnam, Thailand, and Southeast Asia, belong to the genus Dalbergia in five genera. For the court dedicated "three major tribute wood."

There is a clear difference between heartwood and sapwood of red rosewood logs. The sapwood is yellow-white to yellow-brown, the heartwood is orange, purple-brown to dark brown, and the wood grain often has dark brown or black stripes in deep red. The structure is fine and wooden. Similar to the color similar to the leaflet rosewood, the annual ring pattern is straight wire-like, the blinking eye is larger than the red sandalwood, the texture layering is distinct, and the growth wheel is not obvious or slightly obvious. The color is similar to red. Hard wood, loose or semi-porous material, single hole, fine, can sink in water, containing dark gum, sediment or invasion body. It usually grows for more than 300 years before it can be used. It is used to make mahogany furniture and gives people an antique feeling.

In recent months, the prices of high-end mahogany raw materials, represented by red rosewood and lobular rosewood, have dropped sharply in the domestic market, with an average drop of 30%-40%. Relatively lagging behind the terminal home stores, the profit margin of mahogany furniture has also begun to be squeezed. Recently, Dongguan has mahogany furniture professional stores shouting "0 profit" opening slogans. The industry believes that, in addition to some of the high-end rosewood category is more obvious than the decline, the general price of mahogany is not volatile, the purchase of mahogany furniture should still be able to do, do not blindly chase high. 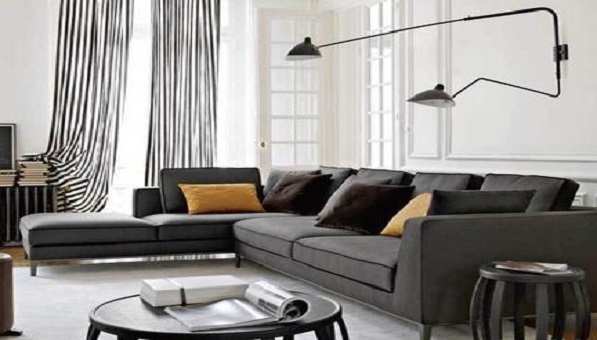 â€œFrom May onwards, some mahogany raw material prices have fallen, and the common red sourdries and Burmese rosewood in the Dongguan market have fallen by more than 20%,â€ said Ning Xiaofeng, general manager of Dongcheng UN General Assembly Redwood Art Center, which specializes in mahogany furniture.

Dongguan Yaoxing trader, who has long been engaged in mahogany trading at the Yunnan border, said that the biggest declines in recent months have come from Dahong and Laos, which are from Laos and Cambodia. The amount of fine raw materials dropped from more than 400,000 yuan/ton at the beginning of the year to 250,000 yuan to 280,000 yuan. / Ton; equally valuable lobular rosewood, the decline is also about 30% -40%, have all been down to the price level in early 2013.

â€œThe decline in luxury mahogany is due to the fact that the previous two years were too fierce. The current economic environment is not good. Some speculators are eager to throw goods out of cash.â€ Mr. Yao said that at present, domestic mahogany raw material reserves are adequate, and all manufacturers on the scale have Certain inventory, only a small part of the finished furniture made of open materials. Therefore, it is unlikely that the price of precious mahogany raw materials will rebound in the short term.

Mr. Yao particularly emphasized that the redwoods that are currently falling more heavily are rare red rosewood, rosewood, and other valuable species, and ordinary rosewood has only declined slightly.

Ning Xiaofeng said that in the furniture industry, the price of raw materials in the upper reaches of the market generally fluctuates, and it will take three or four months to reach the end market. The current round of falling prices of raw materials has gradually appeared in the sales of finished mahogany products. "The profit margin is shrinking by about 5 to 8 percentage points."

â€œThis year, the mahogany market is in the doldrums. It is wise to reduce the price of finished products and reduce profit margins.â€ Ms. Xiao, the sales manager of the new Chinese-style mahogany furniture brand â€œAncestral Hall,â€ who has just settled in the private sector, said that the choice of private individuals is a great value for them.â€ "Warehouse-style low-profit management" model. Due to the fact that the material used for the â€œAncestral Churchâ€ was mainly Burmese rosewood, which was affected by a 20% drop in raw materials, it launched a 7.8-percent discount on the opening day of August 22, and offered incentives for some categories of â€œzero profitâ€ promotions. Activate the consumption demand of mahogany furniture in the mid-range and high-end people."

The so-called public good, that is, a good quality of furniture, a furniture set carpentry, sculpture, inlay, finishing in one, in the production process in every process must be meticulous, excellence Caixing, the only way to make products look good, Durable, durable requirements, let it give people eternal artistic enjoyment There are many ways to check the quality of processing. The common methods are to see, hear and touch.

Look, it is to see whether the selection of furniture is good, to see if the carved animals and plants are realistic and lifelike. See if the leg is clear and smooth.

Listening is to judge the degree of connection and actuality by tapping each part by hand. Experienced ones can judge the quality of the material based on the sound.

Touching is to feel whether the furniture surface is smooth and clean, and whether the joints are tight. In short, the quality of furniture processing is very important. The processing quality is good. In addition to the extra hours spent on furniture, it is closely related to the skill level of the craftsmen. Masters who have a low level of skills do not necessarily produce high-quality products for more time. Sometimes the two products are similar, but the price is different. This should be carefully considered carefully before making a decision.