"At present, enterprise management has been in a state of chaos. As for the future of the company and the placement of employees, the company has not given any explanation, resulting in almost all of the company's front-line employees leaving." The employee revealed that the company was invested by Shanghai Chaori Solar.

As the global PV market environment continues to be a complex pattern in 2011, the European debt crisis has further intensified, and the development of the photovoltaic industry has not yet emerged from the â€œcold winterâ€. The overcapacity phenomenon is serious, resulting in a sharp drop in the price of solar modules, and the operating situation of the photovoltaic industry. Very serious.

According to public data, Shanghai Chaori Solar was frozen due to the indictment of suppliers, banks and other creditors. At present, the company's liquidity difficulties have not been alleviated, a large number of overdue bank loans, major bank accounts and assets have been frozen, etc. have not improved. Recently, Shanghai Chaori Solar was even reported to file for bankruptcy protection.

The reporter tried to contact Liu Xianwei and Wang Xiaoou, vice presidents of Schott Optoelectronics, for details, but the phone could not be connected.

In September 2011, the signing ceremony of Shanghai Shikete Optoelectronic Industrial Park was held in Luanping County, Henan Province. The total investment is planned to be 2 billion yuan, and 500 sapphire crystal growth furnaces will be introduced.

In October 2011, Schott Optoelectronics announced that six equity investment companies will jointly invest 180 million yuan in the company for production base construction and equipment procurement.

Behind the sapphire substrate's high profit temptation, a group of new entrants such as Schott Photovoltaic are so eager to expand their production.

"In 2009, the price of sapphire was only 9 US dollars, basically kept meager profit, even lower than the profits of traditional industries. The price was too low to directly damage the enthusiasm of sapphire manufacturers, resulting in the decline of sapphire capacity. But in 2010, it was backed by LED backlights. The application product penetration rate has greatly increased the stimulus, and the sapphire substrate market has been in short supply, so there is a situation in which the price of the latter is retaliatory." Yuan Liang Technology Director Huang Xiaowei told the Gaogong LED reporter.

However, the market is not good for a long time. In the second half of 2011, the price of sapphire substrate (2 inches) dropped rapidly from the beginning of the year to more than 30 US dollars per piece to about 10 dollars, a drop of more than 60%.

Behind the rapid decline in prices, in addition to lower-than-expected market demand, the investment in crazy sapphire substrate projects is also the chief culprit in the warning of overcapacity.

"The price has fallen into a mess, and I don't know what is going on." A domestic sapphire manufacturer complained to the high-tech LED reporter that he entered the market when the price was high, and he was dragged into the price reduction in the future.

Zhang Hongbiao, research director of the High-tech LED Industry Research Institute, said that the domestic sapphire substrate project should stop at least 50% in 2013, which means that at least 30 projects in the previous 60 projects have to be stopped.

The reporter learned that within the beginning of this year, several sapphire crystal growth companies in China have been experiencing a tight capital chain, and they are close to the edge of closing their doors. Some have even begun to deal with the previously ordered crystal growth furnace equipment.

"The shuffling we are worried about has finally happened. The market has changed too fast, far beyond our expectations. It was unexpected." A responsible person of a sapphire substrate manufacturer in Jiangsu and Zhejiang provinces said that perhaps this domino will affect Domestic sapphire crystal and substrate processing industry. 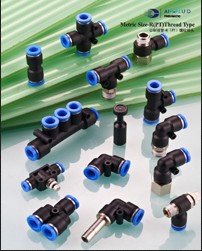